Transcendence was created, out of the first bunch of ideas I’ve been hoarding; and for a while, there was just the first progression standing there along with the first verse…

Touching ground, held by an unseen bound / for western star drags me way to far / to find you my love, to build a connection above / feels so strong, can΄t be wrong

Although it was on of Phase΄s friends’ favourites, we quickly abandoned the song, it being unable to express me personally lyric-wise really, even-though I have put these things on paper.

In hindsight I΄d say the song revolves around the highs from idealising and the lows from degrading some long distance romance, something that I didn’t find quite appealing to identify with, so it never really meant much to me… I don’t know…

We would include the number regularly on our practising routine, but it only made it once on a live set-list, in Syria the month after the album was out, and I remember a bloke talked to me out of the venue after the gig and said it’s a great song and it΄s so Porcupine Tree of ours and I was like ¨This is rubbish, we are not doing it again!¨. I still love the keyboard and guitar solos as well as the accompanying bass line to be fair… It sounds like our big tribute to Rainbow’s Rising which is a massive influence!

Phase – In Consequence out on #cassette tape now! #progrock #postpunk

Speaking of Syria we΄ve created a TEE for our 5 years anniversary of the gig and we run a fundraiser. The design was named ¨Western Star¨after the song΄s opening line. 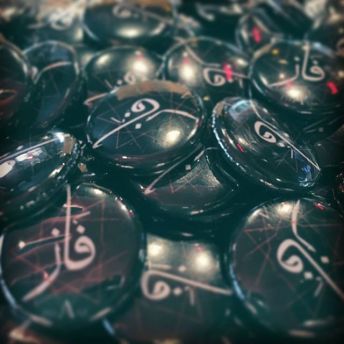 Although not very popular withing Phase‘s circles, the song managed to find many admirers, and one of its very talented ones, Anna Papyan, is including it regularly on her live sets… You should check her out because she is really something!