Q:[…]Speaking of whom (Alexis Marcou) and his beautiful art we have the honour to present what he’s done for the Wait for the first time. Your album cover is a bit abstract, just like your music. Tell us about it.

It is exactly like our music to be honest… Like I told you we are more of an acquired taste… People tend to like things they’ve been exposed to and they need to identify with known symbolisms to know if they like something or not… People are searching in their spouses for characteristics that remind them of their former caregivers and so on… we are constantly subconsciously looking for familiar reference points to instantly compare and report to ourselves on what’s happening… We as artists want to challenge free will and opinion by exposing truths, confronting, exaggerating, creating awkward artistic statements and so many other things… The album cover is a total masterpiece if you are asking me… And it’s our answer to Andy Warhol‘s banana or I don’t know what… Technically Alexis called to arms all of his genius and started off the original idea of using Rorschach as basis implying that everybody uses projective identification on art anyway, but connecting it to the wait that makes us (see) who we are… His beloved golden ratio is also used and Newton rings lie here and there… The cover succeeds on what I’ve said earlier with its uncanny look… The receiving end will have to convince himself to like it eventhough he doesn’t know if he does so, out of context… In the end of the day, It’s made from one of the most amazing contemporary artists out there and the band seems to know what their talking about… It’s a brilliant pictorial puzzle after all, isn’t it? 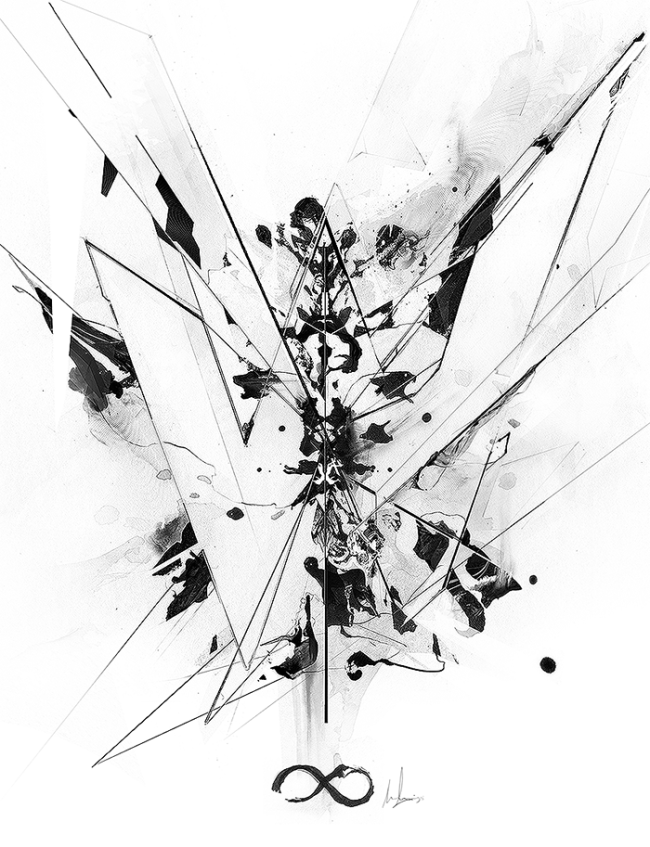