Sowing Scorn, our post punk anthem was referred to as ‘An Anarchic Lullaby‘ by Marios. It’s a good that one, I would say it’s our ‘Not to Touch the Earth‘, or our ‘I Wanna be Your Dog‘.

It was written in a time of inner struggle and in search for the light… I remember me having a psychological breakdown and I would call Damos for a coffee and tell him listen how it is: I am acting like this and that, because of this and that… Like proper cornering him, breaking his balls with how much of a wanker I was. Poor thing… Well our friendship grew way stronger ever-since. And then I would do the same with the Saint when he would come to visit from Italy… It was an on-going process… Anyhow, long story short the song is like a recipe for not being a knobhead, with the hooks stressing how hard it is to break from the toxic habits you’re conditioned to abide to.

It might sound quite straight forward and nice and simple but when you are completely oblivious about something it is like it never exists… It’s like George Berkeley‘s question: If a tree falls in a forest and no one is around to hear it, does it make a sound? Our subjective idealism.

Alex had put down the first riff using the Smile as a blue print something Damos would do later on with Point of You and establishing that way the Phase-y style, in a way… I don’t think there’s a bigger form of flattery for a songwriter seeing in practice how influential his music is, especially for people he really respects as musicians and individuals. Like the other day George that’s filling in the Saint‘s shoes, came down to the rehearsal the other day, happy to show me a piece he had put down on violin, only it was so similar to the vocal melody of  Point of You.

Unfortunately, I wasn’t the only influence for Alex, and a friend told us the riff to the hook is suspiciously similar to Wake as Gun by Porcupine Tree… I would like to think it was a coincidence but Dim that was playing with us for a while, had noticed that a riff Alex had added to A Void has a proper Opeth rip-off so, I replaced it with the waltz-y thing you can hear where the accordions and strings are last minute. I will use this blog as an excuse to humbly apologise Mr. Wilson and although I don’t personally think it is a rip-off, I can offer you half of the royalties, only the song has just a couple of tens of thousands of plays and we only played it live like three four times… I can get you a pint next time I come down, I know a romantic place just off Kingston.

We had thought to put some crazy Sax licks in the end of the song, and that’s when Fardin came in! His first ever gig with Phase, After that he would perform with us when circumstances would conspire for all these years. As a Drummer, Bass player, Guitarist and what ever player… 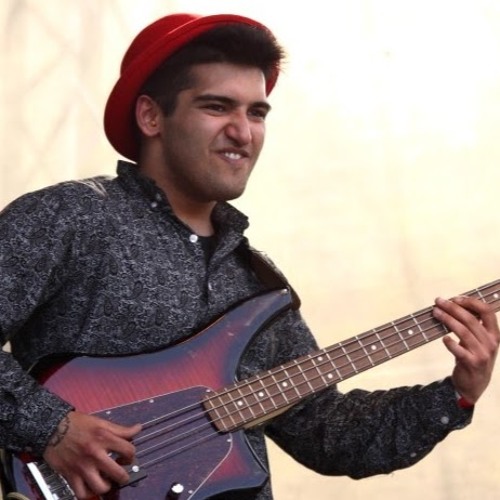 The sax unfortunately didn’t make it to the mix, because we didn’t really have the time to edit the parts and we were already past our deadline. we might as well release it later on as an different version!